Menu
Tech Expertise is a Must for Business Today.

As someone forced to go online when the phones weren’t answered anymore, the emails were ignored, and the front doors were locked unless you had managed to conquer the maze blocking you from getting to someone with the right authority, I have believed for several years that any business startup better has a tech source as a part of the team or don’t waste your time with starting your business.  A recent Time magazine article backed me up on this and explained why.

“Every Company is a Tech Company Now. The Disruption is Just Beginning”

In March 2020, businesses across the world sent non-essential workers home to slow the spread of the coronavirus, a 2.6 million-sq.-ft. General Motors plant in Kokomo, Ind., sat idle. At the same time, ventilators—the breathing machines essential to keeping critically ill COVID-19 patients alive—were in frighteningly short supply. And so, within a week of pausing the plant’s operations, GM CEO Mary Barra launched it back into action, quickly transforming a dormant engineering building into an assembly line that delivered 30,000 ventilators in five months.

Barra says that the approach incubated in the pandemic crisis is now a permanent cultural shift that has already led to faster timetables for GM’s bet-the-company push to sell only electric vehicles by 2035. “Now, as we approach different projects, we say, ‘You know, we’ve got to go at ventilator speed because we know we have the capability to do that,’” Barra says.

Amid the disruption, pain, and loss of 2020, the global pandemic provided a rare window into the future of business as it unfolded in real-time. As governments in the U.S. and elsewhere stumbled, business loomed larger than ever: developing vaccines at record speed; providing the technology that enabled remote school and work; and keeping millions of people fed, clothed, entertained, and in touch with ramped-up digital services.

The scope and speed of change were unprecedented, accelerating digital adaptation by as much as five years in a 12-month period. Disruption ruled as legacy companies imploded. Everything that could be digitized was, from education and exercise to currency and cars. Nearly every business has become a tech business; one reason stocks have soared even as the pandemic devastated lives and livelihoods across the globe. Meanwhile, inequality also soared: almost 1 in 8 American adults reported that their household didn’t have enough to eat as 2020 headed toward its close; 9 million U.S. small-business owners fear their companies will close by the end of 2021. This, too, tells a story about the future of business.

“For nearly a century, TIME has been a barometer of influence, and it’s hard to recall a moment when the corporate world has had a greater influence on our lives than it does now. That’s why we’re launching TIME Business, devoted to covering the global impact of business and the ways it intersects with our public and personal lives. Our first major project: the TIME100 Most Influential Companies, a new list—and an expansion of our iconic TIME100 franchise—highlighting 100 companies that are shaping our collective future, as well as the leaders who steer them.”

“The mission of TIME Business is to help illuminate the path forward. We’re in the midst of a reset, one that is already transforming the economy and what employees, customers, and broader communities expect of companies. Remote work has fundamentally changed how many of us experience our jobs and even the kind of work we do, throwing into high relief the benefits, such as flexibility and less commuting, as well as alarming shortcomings in areas such as childcare and protections for the most vulnerable workers. Millions of workers are reevaluating their priorities. How much time do they want to spend in an office? Where do they want to live if they can work from anywhere? What kind of company is attractive to them and provides meaning beyond the paycheck? Surveys suggest that huge percentages of workers globally consider leaving their jobs this year, with those figures even higher for women—millions of whom quit during quarantine because of the impossible juggle of work and home-schooling higher yet for women of color.”

And employees increasingly expect their companies to become leaders in social causes. This is a wholesale redefinition of corporate leadership, which for decades has focused on shareholder return. “In certain respects, there’s a greater social conscience in business than when I look across some of our elected officials,” says Ken Chenault, a former CEO of American Express, who co-founded Stop the Spread—a nonprofit devoted to pulling the private sector into the COVID-19 fight—and more recently helped organize a group of 72 Black executives calling on companies to take a stand against voting-rights restrictions now under consideration in nearly every state.

TIME100 Companies is a glimpse over the horizon. In talking with the leaders of these businesses—large and small, U.S. and international, public and private—it’s clear that this is only the beginning. Innovations in AI, 5G, nanotechnology, and biotech have kick-started what World Economic Forum chair Klaus Schwab calls a fourth Industrial Revolution that will fuse the physical, digital and biological worlds.

“AI is a watershed moment,” says Jensen Huang, CEO of Nvidia, a TIME100 company that over the past year has become the most valuable U.S. semiconductor company. Huang envisions a Metaverse, a virtual world that is a digital twin of ours, a science-fiction concept that is just beginning to become a reality. The Metaverse, says Huang, whose company’s chips power some of the world’s mightiest supercomputers, “is where we will create the future … There will be a new New York City. There’ll be a new Shanghai. Every single factory and every single building will have a digital twin that will simulate and track the physical version of it.” (The digital artist Beeple, who created one of the covers for this issue, uses Nvidia technology “all running maxed out” to create his canvases, adding, “I think we’re just at the beginning of the next chapter of art history.”)

For all of these worlds to prosper, we must preserve our global home: sustainability pledges are another powerful development marking the future of business. Several of TIME’s most influential companies are singled out for actions on this front. While bad actors abound here, as do unsubstantiated “greenwashing” claims by major polluters, pressure to disclose, reduce and offset emissions is steadily growing, as are opportunities to do well by doing good. The revolutionary electric-car maker Tesla, for example, brought in $1.6 billion last year from regulatory credits it earned through selling zero-emission vehicles.

Ikea built its business on mass-produced and almost disposable furniture. Still, it is now working to bring about change to become climate positive, to reduce more greenhouse gases than it produces by 2030. “The only way we can exist as a business tomorrow … is by being sustainable,” says Jesper Brodin, CEO of Ikea parent Ingka Group. (Harvard Business School professor Rebecca Henderson, author of Reimagining Capitalism in a World on Fire, puts it more bluntly: “Business is screwed if we don’t fix climate change.”)

How we shop and pay for purchases is also in rapid transformation. A shift to digital payments was already underway, but as in so many industries, it was greatly accelerated by the need for the pandemic to reduce human contact. “People no longer want to handle cash,” says Dan Schulman, CEO of PayPal, which recently enabled customers to buy goods using their cryptocurrency on its platform. Fast-food giant Yum China, also on our list, is now using face-recognition software in some locations that allow customers to walk up, order, and pay digitally, a sign of the possibilities and the pitfalls of these new technologies for privacy and security.

Influence, of course, can be deployed for good or ill, and sometimes both at once. You will find on our list, and throughout our ongoing coverage, companies whose impact you admire and those whose impact you may not, even as they have reshaped entire sectors of the economy. DoorDash, along with other gig-economy companies, poured tens of millions of dollars into a California ballot initiative that would let it avoid classifying its drivers as employees under state law. Though Facebook strengthened its protections against foreign election interference to avoid a repeat of 2016, dangerous misinformation and even calls to violence continue to plague the platform. And for all its ubiquity, Amazon has faced a growing chorus of criticism, including reports of workers’ urinating in bottles to avoid being docked for bathroom breaks, a suit from New York State for allegedly putting employees’ safety at risk during the pandemic, and a controversial fight against organizers of a unionization drive in Alabama.

Our aspiration is for TIME, in our company and in our coverage, to be among the ranks of businesses that drive positive action. When I started at TIME in 2013, our mission was often described as “explaining the world.” Today, we see it somewhat differently—it’s about telling stories about the people and ideas that shape the world, in hopes of doing our part to improve it.”

Like it or not, your ability and willingness to accept the changing technology has and will continue to disrupt the business world will determine your chances of success! Our best to you and your organization. The ABT editorial staff! 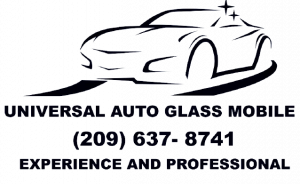 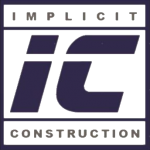 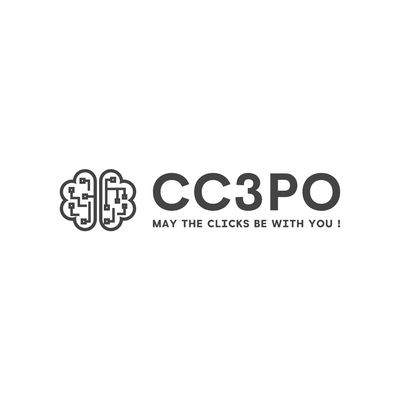